Posted at 18:54h in Uncategorized by festivalmenorca 0 Comments

The Festival presented the poster for its 3rd edition, which will expand to new venues

The Menorca Film Festival, which will be held the week of July 16-21, introduced its third edition today with an event at the Casa Venecia in Mahon. The films selected for this year’s program have a common theme: islands.

As in its previous editions, the Festival will offer a selection of feature and short films that includes two competitive sections (Illes en curt and Balears en curt). The Festival’s full program will be announced in July. However, Garrell announced that the festival will open with the premiere of Grimsey by Richard García and Raúl Portero, 2017, named for an Icelandic island.

This edition’s poster, by the Minorcan designer Ivan Triay, was also unveiled. This design will be printed on t-shirts, bags and posters that will be distributed during the Festival. 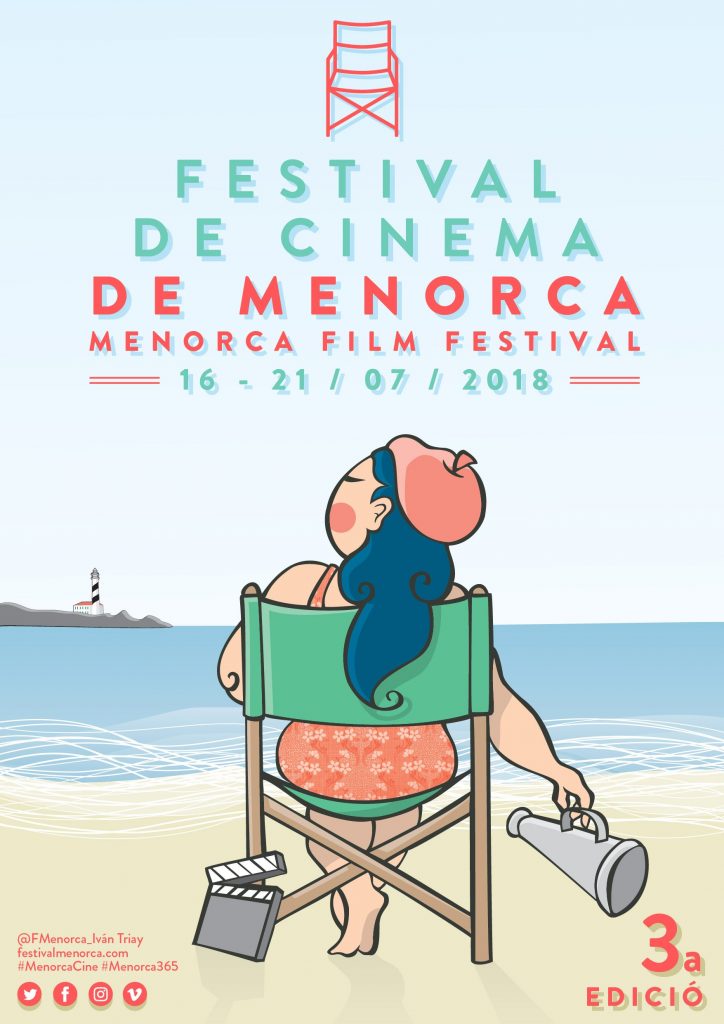 More venues in Menorca
Another novelty this year is the introduction of new venues for film screenings. With the goal of making cinema accessible to the Minorcan public, the Festival has expanded its screening locations to both the East and West of the island. The square of the Cathedral of Ciutadella, the patio of Sant Francesc (next to the Museu de Menorca) in Maó, and the Canal Salat cinemas will host screenings as they have in previous years. This edition will also include locations as exclusive and spectacular as the island of Lazareto, the recently reopened Can Saura (Ciutadella), the Casino Mahonès (Maó), the Mercat des Claustre (Maó) and the Ocimax cinemas.